Jan Hendrix was born in the town of Maasbree, Holland, in the midst of a family deeply rooted in the farming lifestyle of the region and drastically opposed to Hendrix’s early choice of a career in the arts at the age of sixteen, after persistently failing all subjects at school with the exception of drawing. Prominent among his childhood memories is an outing in his father’s first car and a visit to a local museum reminisced in the Kunst-und-Wunderkammer that would later become a clear reference in his work.

Having left the family house, at seventeen he enrolled in the Royal Academy of the Arts in Den Bosch, only to be expelled due to his rebellious behavior. Later on, through an invitation from Japanese artist Shinkichi Tajiri, he became a student at Atelier 63 in Haarlem, the most radical educational institution at the time (1968-1969). There he would meet his mentors who, through filmmaking and dance, presented him with a multidisciplinary vision of art. While pursuing his studies, he entered the Smeets printer company in Weert to learn the craft of proof printing.

From 1971-1975, thanks to artist JCJ van der Heyden’s advice, he continued his master-degree studies at the Jan van Eyck Academie where inspired by his contact with professor Han Seur, he focused on the graphic arts. During this period he established a strong link of exchange and communication with a group of artists in Düsseldorf, which worked as a think-tank, and involved, Beuys, Richter, Spoerri, the Becher couple, Kiefer, Lupertz, Filliou, Nam June Paik and Dieter Roth, among other artists. They would influence Hendrix’s postgraduate activities and projects, widening his codes of production, and ultimately leading him to choose paper and ink as his primary media.

The less-than-orthodox education of these years will lead him to approach various projects related to the production of artists’ books, among them the Beau Geste Press in Devonshire, England, where he met Martha Hellion. This encounter led to marriage in Holland. Hendrix and Hellion traveled to the north of Norway where they set up a serigraphy workshop, built with the help of the local shipyard. Currently, they are separated.

Back in Maastricht, in 1975 the Dutch the Ministry of Culture granted Hendrix a scholarship, which he used to travel to Mexico thinking of studying Mexican landscape. His first contact there was José Chávez Morado, who invited him to start a serigraphy workshop in the Alhóndiga de Granaditas (an old grain warehouse), in Guanajuato, with the idea of printing the cylindrical seals from Frederick Fields’ pre-Hispanic collection.

After the birth of his son Jonás in Mexico City, Hendrix became a regular visitor to Luis López Loza’s workshop, a collective space in the building complex known as Edificios Condesa, where Emilio Ortiz, Fiona Alexander, and Leonora Carrington, among others, used to work. This was also a meeting place for the most active art community at the moment, which included creators, gallery owners, and printers. Hendrix met there two individuals who would exert a great influence in his career: Francisco Toledo and Gunther Gerzso. He shared with the latter ideas on ethics and the artist’s perseverance.

The intense generosity of Mexicans, illustrated by Miguel Cervantes’ invitation to exhibit at the Galería Ponce, persuaded Hendrix to settle down in this country, which he did in 1978. Thus he abandoned the duality sustained by frequent trips between Holland and Mexico, with long, in-between stays in Iceland, where he had found a bottomless supply of landscapes associated to his work and to Mexico’s volcanic terrain. This period crystallized in several portfolios produced in both countries, which include his first collaborations with the printer Piet Clement of Amsterdam.

Already living in Mexico, he opened his workshop designed for his own production but following the practice of the collective workshops, also accessible to other Mexican artists whom he invited to experiment with serigraphy. In this period, invited by Alejandro Luna, he also participated in the creation of some sets for the Compañía Nacional de Teatro. Simultaneously he began his research on fractal composition—an exercise that allowed him to delve deeper into the meaning of scale—and on paper supports that offered atmosphere and character in themselves. In a trip to Kenya, the intensity of light produced by its location on the Equator led him to experiment with the elimination of color and the use of high contrast as minimal elements for the construction of a landscape. Drawing became increasingly important and the pieces produced were mainly drawings transferred to the different supports he had researched and discovered. The result is compiled in the catalog Diario de fatigas.

In 1992 Hendrix launched Bitácora, a project consisting in the creation of a revolving exhibition that continues evolving as work is produced. For Bitácora he traveled to China, Australia, Indonesia, Iran, Turkey, Germany, Holland, Ireland, and Mexico (Oaxaca). While in Australia he decided to begin Script, a travel journal inspired by the need to keep track of such a journey.
One of Hendrix’s distinctive practices is the collaboration with writers—like Gabriel García Márquez, Seamus Heaney, Bert Schierbeek, et cetera—in the production of authors’ books, that he painstakingly illustrates with original works.

In 1999 he discovered a worldwide system of residences for artists and was fortunate enough to embark in this experience at the Bellagio Center of the Rockefeller Foundation. Here he found that a consistent monthly retreat in isolation was precisely what he required to structure the script for the contents of his work for the rest of the year. Feedback for the renovation of his work also came from his experience as a member of Fonca’s Sistema Nacional de Creadores, a bridge that facilitated the exchange with a younger generation, distant enough to allow the creation of mutually stimulating links.

The list of his exhibitions in museums and galleries is very long, with three to four shows per year. Among the most significant his continuous participation at the Clement gallery in Amsterdam, his trajectory in Mexico—which includes the Galería Ponce and Galería Arte Contemporáneo (already extinct) and the Galería Arte Mexicano—and his presentations at La Caja Negra in Madrid stand out.

During the last twenty-five years he has presented solo shows in the Bonnefanten Museum in Maastricht, the Museo de Arte Moderno in Mexico City, the Imperial Archives of the Forbidden City in Beijing, the Tropenmuseum in Amsterdam, the Museo de Arte Contemporáneo in Oaxaca, the Calco­grafía Nacional de la Real Academia de San Fernando in Madrid and the Irish Museum of Modern Art in Dublin. He has also taken part in multiple collective exhibitions and his works can be found in public and private collections.

Currently, he devotes part of his time to architectural projects, where his collaboration begins at their conception, and where his research on fractal composition is fundamental. The first of these murals are found in the Hotel Habita, designed by architects Enrique Norten and Bernardo Gómez Pimienta. It was followed by some pieces for the façade of the head offices of the UAM Ixtapalapa, designed by Alberto García Lascurain; the façade of the Centro de Diseño, Cine y Televisión, with Salvador Arroyo, Alejandro Hernandez and Juan Carlos Tello, and the ceiling/ lightbox of the Cultural Center of the Fondo de Cultura Económica, with Teodoro Gonzalez de León.

The focus of this work is to experiment with scale, in utopian proposals that give rise to a discussion on the futility of architecture versus the utility of visual artist. The intention is to list the embargo that muralism imposed on the practice of art in Mexico.

In spite of all this, Jan Hendrix’s truest longing is the creation of a postal stamp. 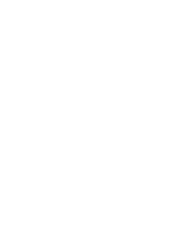